The first quarter 2016 for Pharming showed the effects of the change in our partner’s US sales strategy in the last quarter of 2015, when the sales focus was changed to fewer, higher-prescribing physicians. Although sales returned to good levels by the end of the quarter, January and February suffered from the lower general sales efforts following the US sales force reorganization. March, however, was one of the better months for RUCONEST® to date and this recovery continues to be seen in April and May. As result, US gross sales for Q1 came in slightly ahead of Q3 2015, but below Q4 2015, however, income from Q1 US sales increased from €1.2 million (Q4 2015) to €1.5 million.

The effect of this weak beginning of Q1 in the US and the absence of ordering by our EU partner SOBI (as result of gradual stocking of inventory by SOBI during 2015) has meant that total sales (€1.6million) ended almost at the same level in Q1 2016 as in the last quarter, Q4 2015 (€1.7million).

As we were made aware of the weak start of Q1 in the US as it was occurring, we were able to adjust our other spending accordingly. This meant that cash expenditure and management were better in Q1 than in the last quarter of 2015.

During the quarter we initiated sales of RUCONEST (€0.1 million) in the countries which Pharming now commercializes directly, in Germany, Austria and the Netherlands . These countries had proved very difficult for our partner SOBI prior to 2015 when we agreed to take them back. We are encouraged by feedback so far and look forward to building on this.

The Q1 result show that the change to strategy is now bearing fruit and the sales growth of RUCONEST is more pronounced from March onwards, with more patients starting to switch to RUCONEST in all our major markets. In addition to the new sales in our own territories, SOBI continues to do well in Eastern Europe. We have also seen requests for RUCONEST from new patients through the HAEi Global Access Program conducted with the HAEi, the International Patient Organization for C1-Inhibitor Deficiencies, in association with Clinigen Group plc. The “HAEi GAP” program provides access to RUCONEST for eligible patients with HAE who currently do not have access to effective medication to treat acute attacks of the disease, such as certain Gulf states and much of Africa. In Colombia, our partner Cytobioteck continues to make progress, and has represented RUCONEST at the recent HAE conference and seminar there.

We continue to make good progress in our efforts to develop our pipeline to produce the next generation of therapies. Our first program lead has been optimized and the second is under way. We will be announcing the details of these programs and the timetable of their clinical development in the next few months.

Late in the quarter, the European Commission adopted the CHMP recommendation to include the treatment of HAE attacks in adolescents and to remove the requirements for rabbit IgE testing that previously formed part of the EU label for RUCONEST. The CHMP also noted that the importance of favorable effects of RUCONEST is further supported by the continued availability of supply of RUCONEST (produced by recombinant technology) in comparison to supply from blood donor plasma that may vary, and that as it is not a blood derived product RUCONEST carries no potential risk of exposure to blood-borne pathogens.

Our clinical Phase II randomized, double-blind, placebo-controlled study of RUCONEST in prophylaxis of HAE continues on track and we remain on track to announce the preliminary results of this trial by the end of June/ early July.

SUMMARY OF OPERATIONAL HIGHLIGHTS DURING AND AFTER THE FIRST QUARTER 2016

The European Commission adopted the CHMP recommendation to include the treatment of HAE attacks in adolescents with HAE and to remove the requirements for rabbit IgE testing that formed part of the EU label for RUCONEST®.
Pharming and Cytobioteck announce Extension of distribution agreement for RUCONEST®.
Pharming announces completion of patient enrolment in clinical study of RUCONEST® for Prophylaxis of Hereditary Angioedema.

Other license fee income amounted to €0.6 million, which was in line with 2015. This license fee income reflects the release of accrued deferred license fees following receipt of €21.0 million upfront and milestone payments in 2010 and 2013 from SOBI, Salix and SIPI.

Gross profit increased by €0.8 million to €1.6 million in the first quarter of 2016, mainly as a result of an improving mix between US product sales, direct sales and sales by EU partner SOBI. Direct commercialization by Pharming in Austria, Germany and the Netherlands improved and no sales to our EU partner SOBI were recorded in the first quarter of 2016, as SOBI sold product from its accumulated inventory.

General and administrative costs were almost in line with 2015 and amounted to €0.9 million.

Marketing and sales costs remained the same in 2016 at €0.2 million. These costs were for direct commercialization activities by Pharming in Germany, Austria, the Netherlands and other countries in the world (outside US and EU).

As a result of the combination of the increase in gross profit and the increase of operating costs due to increased investment in new programs, the operating loss of €3.2 million in 2015 was slightly increased relative to last year’s loss for the first quarter (€3.0 million), despite the significant increase in R&D activity since then.

The 2016 net loss on financial income and expenses was €0.2 million, compared with a net gain of €1.7 million in 2015. This is mainly due to the gain on revaluation of warrants of €0.4 million, the interest expense of the loans of €0.5 million and expenses for exchange rate effects on foreign currencies of €0.1 million.

As a result of the above items, the net loss increased from €1.3 million in the first quarter 2015 to €3.4 million in the first quarter 2016. The increase of the net loss was mainly related to the decrease of the financial income & expenses, as result of the expenses from interest on the loans and reduced non-cash income from revaluation on the revaluation of the derivatives.

The total cash and cash equivalent position (including restricted cash) decreased by €4.1 million from €31.8 million at year-end 2015 to €27.7 million at the end of March 2016. The decrease in cash is equal to the first quarter of 2015 and mainly related to increased R&D spend offset by an increase in trade and current liabilities. In 2015 the decrease of cash was mainly related to the build up of inventories and payment thereof.

The Company’s equity position amounted to €21.0 million at the end of March 2016 (31 December 2015: €23.8 million), mainly due to the net loss and the share-based compensation. In addition, it should be noted that the Company has a significant amount of deferred license fee income (March 2016: €9.5 million) regarding non-refundable license fees received in 2010 and 2013, which will be recognised in the statement of income over the term of the license agreements involved.

For the remainder of 2016, the Company expects:

Investment in the production of RUCONEST® in order to ensure continuity of supply to the growing markets in the USA, Europe and the rest of the world.
Investment in the clinical trial program for RUCONEST® in prophylaxis of HAE and the development of a sub-cutaneous version of RUCONEST®.
We will also continue to invest carefully in the new pipeline programs in Pompe Disease and Fabry Disease, and other new development opportunities and assets as these occur. To this end, we will be expanding in a modest way at our R&D center at Evry in France, and in our milk production sites in the Netherlands.
Increasing selected marketing activity where this can be profitable for Pharming, such as in our current territories of Austria, Germany and the Netherlands.
We will continue to support all our marketing partners everywhere in order to enable the maximization of the sales and distribution potential of RUCONEST® for patients in all territories, as we continue to believe that RUCONEST® represents the fastest, most effective, most reliable and safest therapy option available to HAE patients.

No financial guidance for 2016 is provided.

The Board of Management

Pharming is a specialty pharmaceutical company developing innovative products for the safe, effective treatment of rare diseases and unmet medical needs. Pharming’s lead product, RUCONEST® (conestat alfa) is a recombinant human C1 esterase inhibitor approved for the treatment of acute Hereditary Angioedema (“HAE”) attacks in patients in Europe, the US and rest of the world. The product is available on a named-patient basis in other territories where it has not yet obtained marketing authorization.

RUCONEST® is commercialized by Pharming in Austria, Germany and The Netherlands.

RUCONEST® is distributed in Argentina, Colombia, Costa Rica, the Dominican Republic, Panama and Venezuela, by Cytobioteck.

RUCONEST® is distributed in South Korea by HyupJin Corporation and in Israel by Megapharm.

RUCONEST® is being investigated in a Phase II randomized, double blind placebo-controlled clinical trial for prophylactic treatment of HAE and is being evaluated for other indications as well. The Phase II study was fully recruited shortly after the year-end.

RUCONEST® is also being investigated in a Phase II clinical trial for the treatment of HAE in young children (2-13 years of age) and evaluated for various additional follow-on indications.

Pharming’s technology platform includes a unique, GMP-compliant, validated process for the production of pure recombinant human proteins that has proven capable of producing industrial quantities of high quality recombinant human proteins in a more economical and less immunogenetic way compared with current cell-line based methods. Leads for enzyme replacement therapy (“ERT”) for Pompe and Fabry’s diseases are being optimized at present, with additional programs not involving ERT also being explored at an early stage at present.

Pharming has a long term partnership with the Shanghai Institute of Pharmaceutical Industry (“SIPI”), a Sinopharm company, for joint global development of new products, starting with recombinant human Factor VIII for the treatment of Haemophilia A. Pre-clinical development and manufacturing will take place to global standards at SIPI and are funded by SIPI. Clinical development will be shared between the partners with each partner taking the costs for their territories under the partnership.

Pharming has declared that the Netherlands is its “Home Member State” pursuant to the amended article 5:25a paragraph 2 of the Dutch Financial Supervision Act.

Additional information is available on the Pharming website: www.pharming.com

This press release of Pharming Group N.V. and its subsidiaries (“Pharming”, the “Company” or the “Group”) may contain forward-looking statements including without limitation those regarding Pharming’s financial projections, market expectations, developments, partnerships, plans, strategies and capital expenditures.

The Company cautions that such forward-looking statements may involve certain risks and uncertainties, and actual results may differ. Risks and uncertainties include without limitation the effect of competitive, political and economic factors, legal claims, the Company’s ability to protect intellectual property, fluctuations in exchange and interest rates, changes in taxation laws or rates, changes in legislation or accountancy practices and the Company’s ability to identify, develop and successfully commercialise new products, markets or technologies.

As a result, the Company’s actual performance, position and financial results and statements may differ materially from the plans, goals and expectations set forth in such forward-looking statements. The Company assumes no obligation to update any forward-looking statements or information, which should be taken as of their respective dates of issue, unless required by laws or regulations. 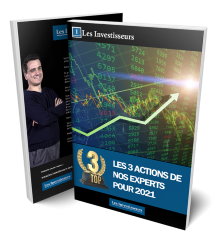